You are here: Home > News > Lowestoft Folk goes out and about

Last week, Lowestoft Folk was at Lowestoft Museum in the morning, working with their wonderful Cabinet of Curiosity and making tiny figures inspired by their collections, followed by a quick dash across town and an exhilarating double session at the Maritime Museum – where the glorious Lowestoft Folk Sea Chest was unveiled for the first time. 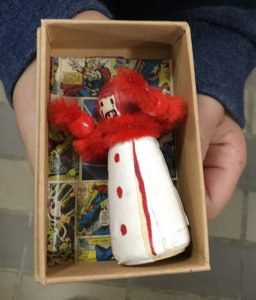 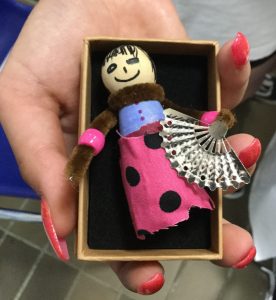 It was lovely to be back at Lowestoft Museum. Lynn wheeled the Cabinet of Curiosity out into the park, and by the end of the morning had enticed over 40 children and adults to explore the gold leaf-lined drawers and discover some of the Museum’s characters and their stories.

Meanwhile, inside, Caitlin unpacked a huge trunk of materials and spent the next two hours helping children (and one or two grown-ups) to create tiny figures and decorate the little cardboard boxes in which they sat – all inspired by the collection of dolls’ rooms in the Museum.

Over at the Maritime Museum, we were joined by Pippa, who interpreted the Maritime Tales as Lynn told the story to a group of some 30 children and adults. It was lovely working with Pippa and we hope to do more signed Lowestoft Folk stories in the future. 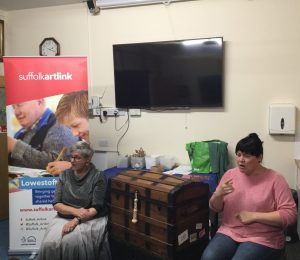 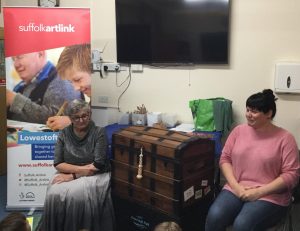 Throughout the afternoon, Caitlin ran a creative session, in which families decorated beach pebbles and shells in a ‘nautical’ fashion – and the resulting array of fish, boats and even a whale were truly beautiful. 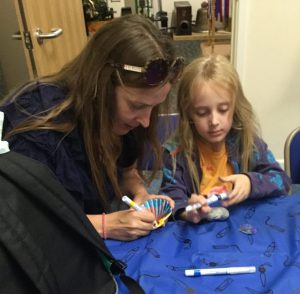 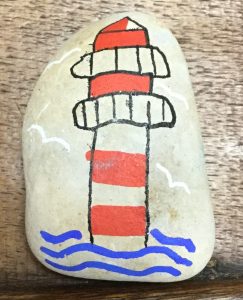 Next week – 27th August – we’re at the main library in Lowestoft in the morning, so do pop along and listen to the Maritime Tales and make a silver darling with artist Kate Munro.