On 7th June, the children went off for a trip to the Maritime Museum, where Kate and Lynn sent them off to draw items of folk art and collect weird and wonderful sounding words. 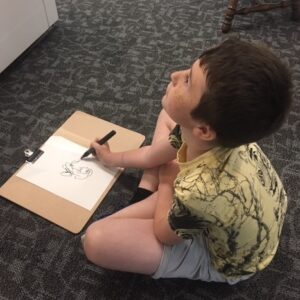 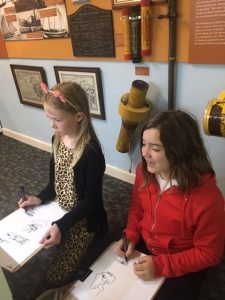 Back at Hildesley, Caitlin helped the residents make their very own tote bags – something they had always wanted to do, once they’d seen how beautiful the children’s bags were.

After that, Mary led a music session in which we learned all about the jars of pickled queenies (scallops) that the trawler men brought back from the sea. As well as their ‘settlings’ (the pay they received for the catch), each fisherman was also given a big bag of fish, which they would share out around family and neighbours; as there were no fridges to keep it freshh, any left over fish would be buried in the back garden.