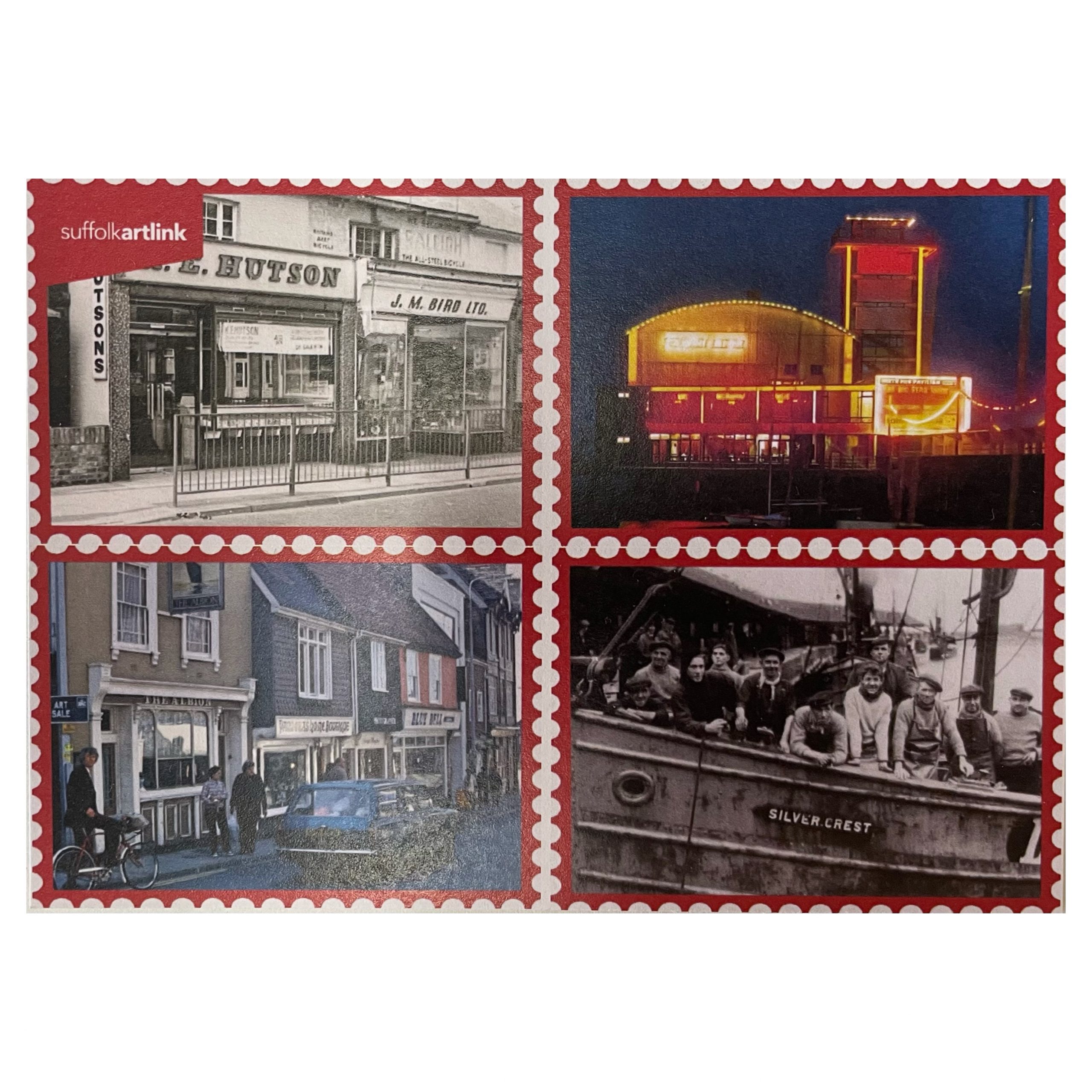 As part of the recent Heritage Open Days, Special Delivery popped up at Lowestoft Record Offices for a one-off session exploring this year’s theme; Edible England with poet Dean Parkin.

Dean welcomed locals to share their tales, past and present about buying and eating food in Lowestoft, as well as chatting about what people would want to archive from their experiences of Lowestoft. To give a snapshot into Lowestoft’s food and culture, people were asked ‘If you were to write a postcard to someone in the future about your time in Lowestoft, what would you share?’.

Dean complied the shared stories, via our Lowestoft postcards, into new time capsule poem to add to the local archive by way of celebrating Edible England.

Below is the time capsule poem created with Dean Parkin.

Summer by the sea, the water, the smell

and wheeling over head – screaming seagulls

Playing football at The Fen

then Mickies for fish and chips

a treat for 25 years at Heil’s

Medium biryani, not too spicy

At the Chinese restaurant with thick flock wallpaper

Filled rolls from the Glendower bakery

Cook your own food at the Black Rock

raw meat brought to the table, pick your own salads

iced bun from the café in Chadds

after the cinema – 1970s takeaways

recent evenings at the Tramways

Whoosh & sigh of waves on the pebbles

the salty smell of the air – best place ever

between beach, sea and rivers