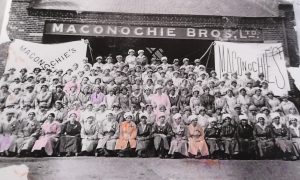 A photograph of nurses from Lowestoft Hospital, hand coloured by a resident at Broadlands. 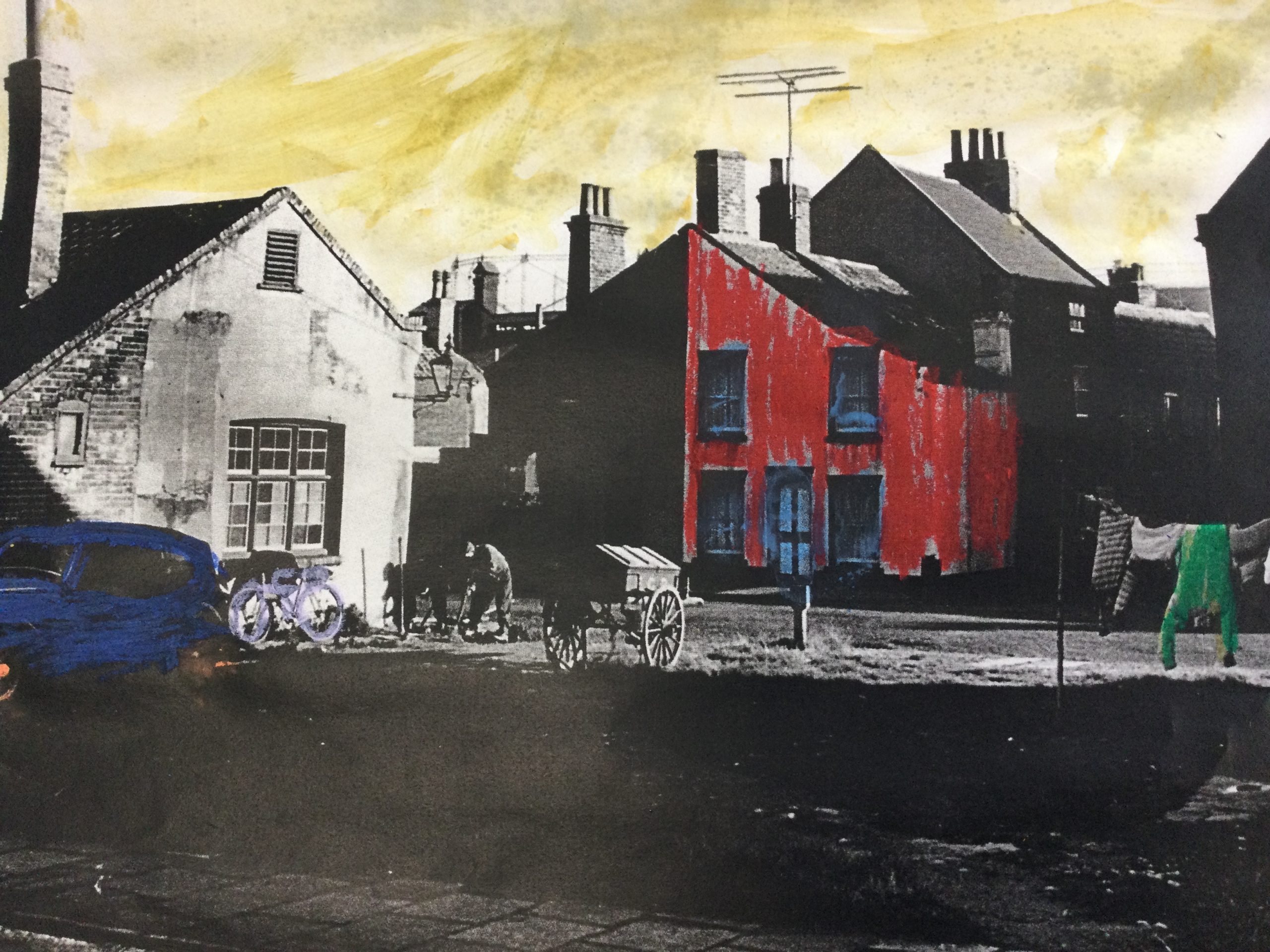 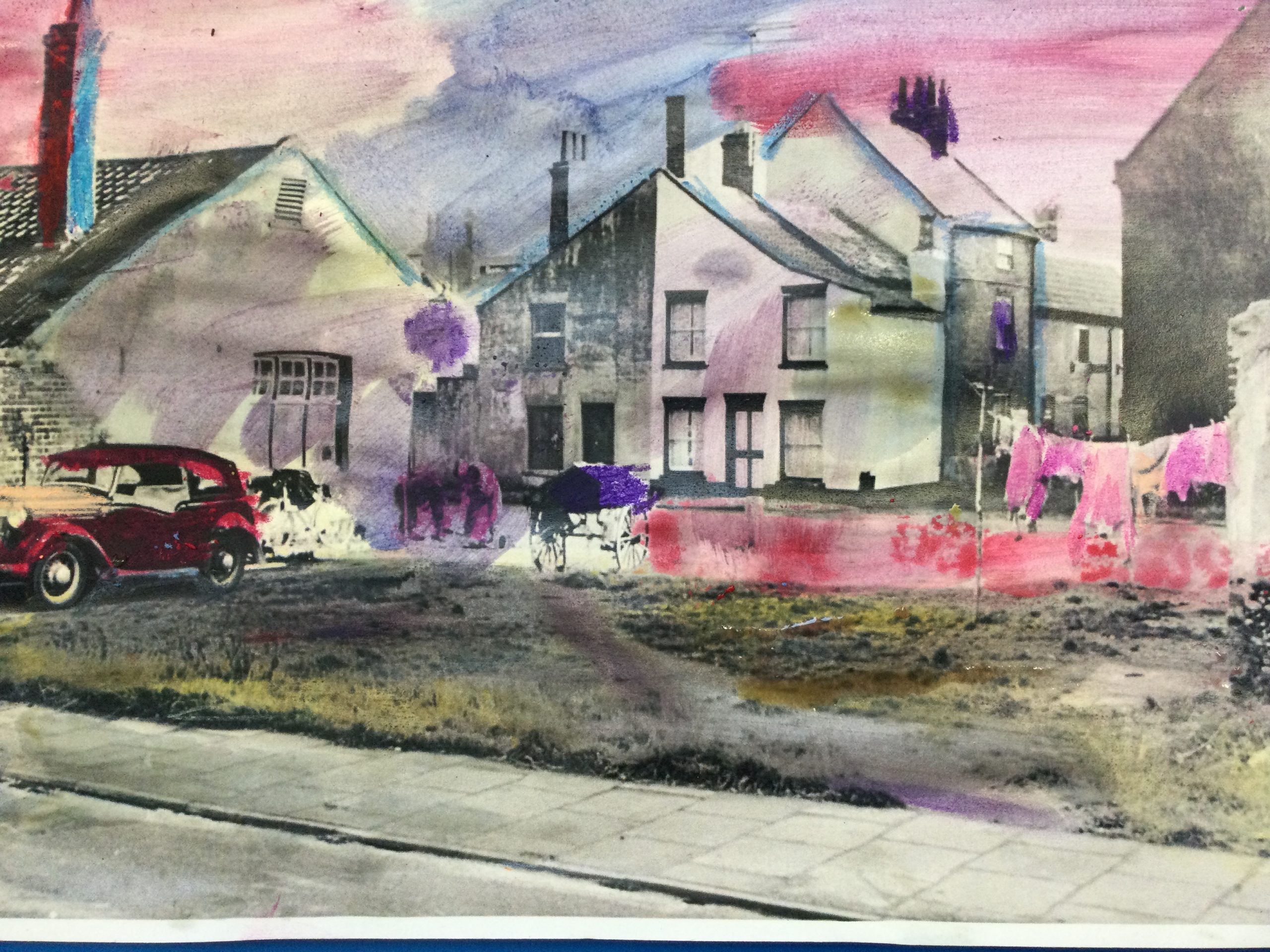 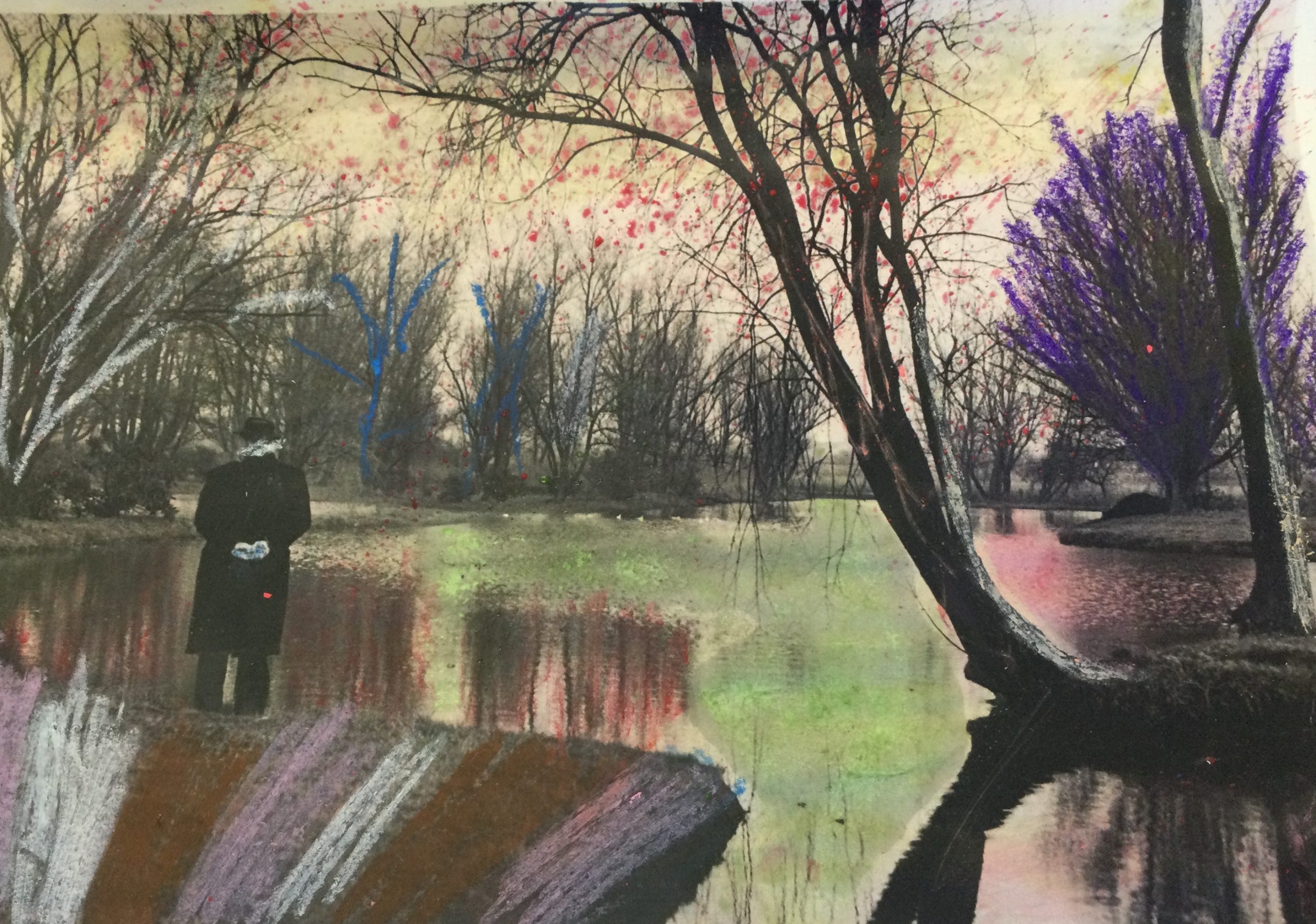 The colouring in this picture makes it look like the gentleman is standing with his back to a waterfall. 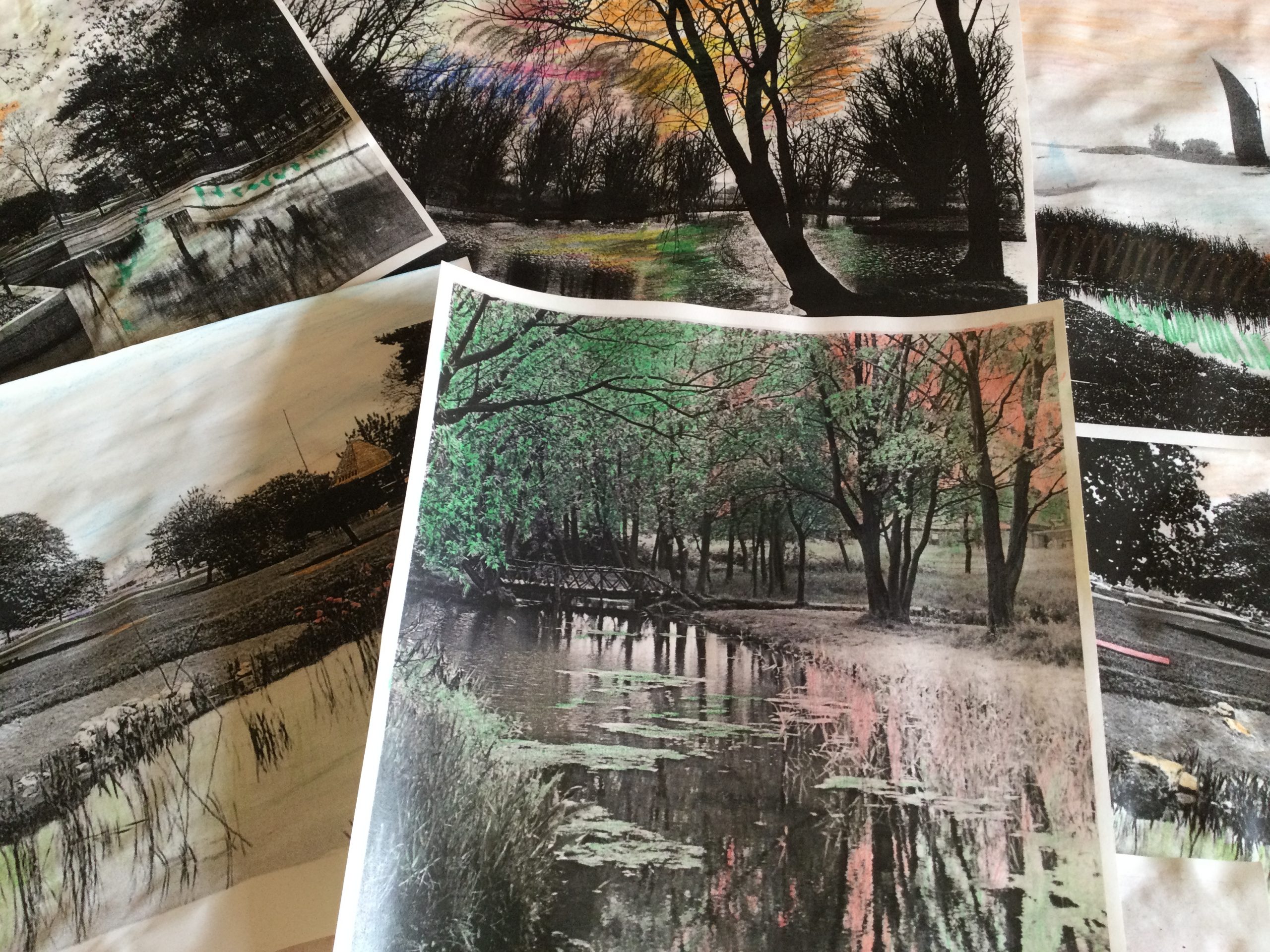 This collection of images was produced by the group at Broadlands. 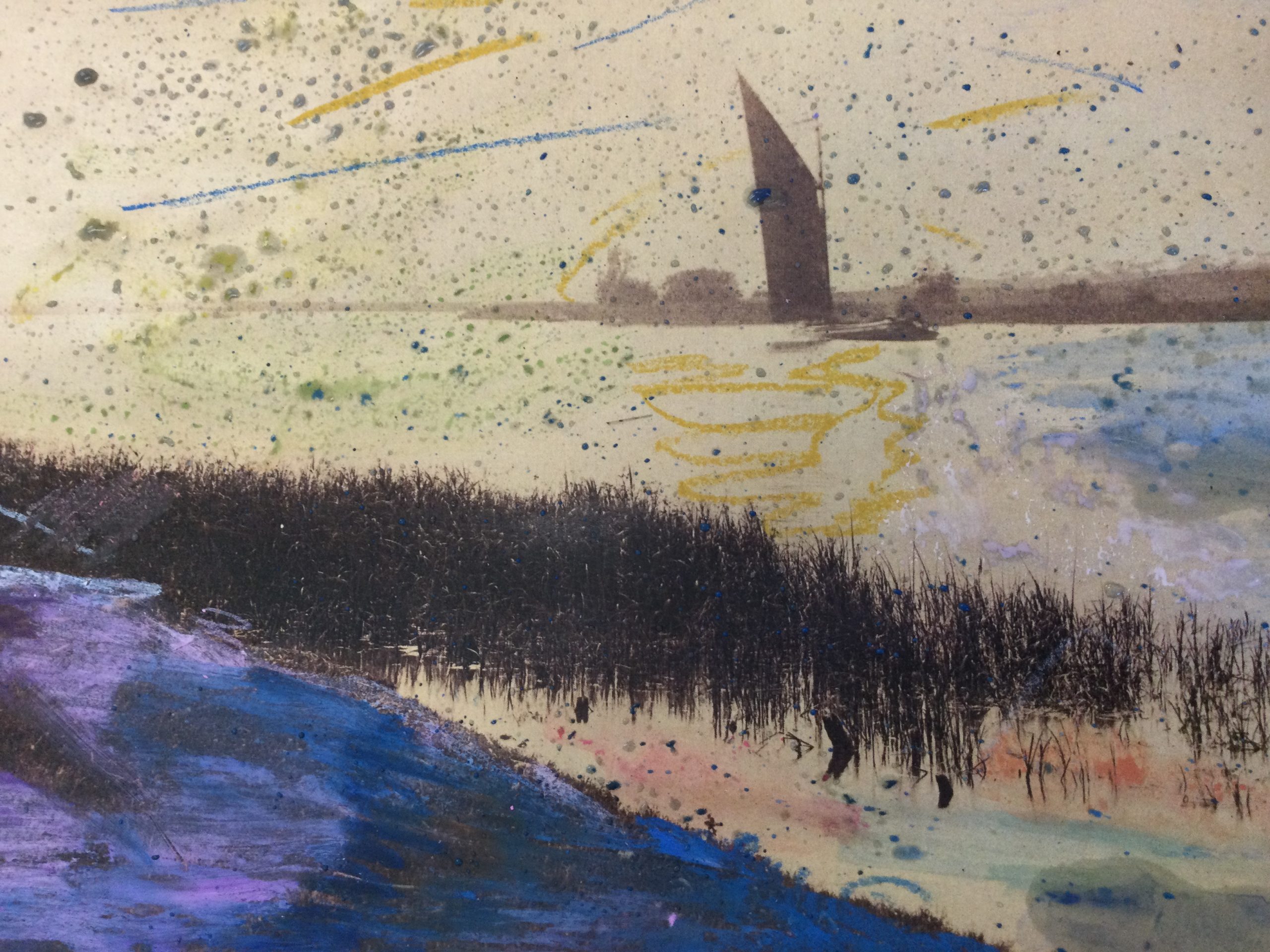 All these images, and many more, were collected during the children’s visit to Suffolk Archives.

Over the last couple of weeks, the residents at Broadlands and the children at Oulton Broad have brought the images to life, using wax resist techniques.